A dramatic statement but, when it comes to cut flowers, it’s true. Ethylene is a naturally occurring plant hormone, one of many that regulate flower production, leaf fall and flower death. It has a major effect on shortening vase life and, for the grower and retailer, cuts into profits.

As we say in a recent Floralife Research Update: “Ethylene is also unique among plant hormones as it exists as a gas at air temperature. Because of this, ethylene produced by a plant is released into the air and can cause damage to another plant.”

So, when newer cut flowers are placed next to older, dying ones, the ethylene emitting from the older ones attacks the fresh bunch. Decaying fruit is a big one, too. Remember, a few posts ago, we advised grocery florists to store flowers in the dairy cooler, not with produce.

Forces both internal and external are plotting against your cut flowers. What can you do?

One way to achieve these goals is to use Floralife’s EthylBloc™. Growers, wholesalers, nursery and greenhouse growers and retail florists use EthylBloc™ to help prevent premature wilting, leaf yellowing, premature opening, and premature death.

So, take a look at our non-toxic EthylBloc™ products: the EthylBloc™ Sachet and the EthylBloc™ Truck kit. Take some time to read the Research Update on preventing ethylene damage. And check out an interesting time-lapse footage on YouTube.

How about you? Has ethylene damage wilted your business? Have you tried EthylBloc™? Leave a comment below! 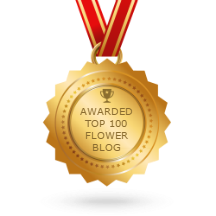